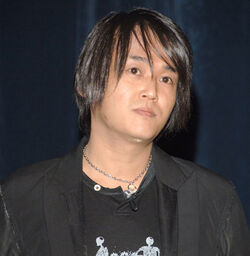 Nomura was born in Kōchi Prefecture on the island of Shikoku. As a youth he worked at a vocational school creating art for advertisements.

Nomura worked on Chrono Trigger as a field graphic artist.

Retrieved from "https://chrono.fandom.com/wiki/Tetsuya_Nomura?oldid=41701"
Community content is available under CC-BY-SA unless otherwise noted.